For over ten years, early each Friday morning, I met a friend or two, and walked 12 miles through beautiful sunny San Diego.  Most walks began near the statue of Kate Sessions, at the Sixth Avenue entrance to Balboa Park.  And each week a new adventure began as we traveled over the Prado Bridge into the park.  Gardens, statues, structures, museums, and fountains became close friends.  Hills, trails and canyons all had identities.
From Balboa Park, on to the world famous San Diego Zoo.  With annual passes, we often included the entire zoo on these walks (highly recommended).  Not only are the animals entertaining, but the hills of the zoo are great additions to a training walk. 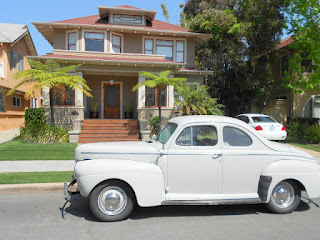 From the zoo, we’d travel to the north end of the park, follow the hilly trail across the 1946-built Bubba’s Bridge, (crossing over 163), up Cheney Hill, and to Banker’s Hill.  In this area, there are two historic walking bridges over canyons that must be experienced – not far from each other.  On the Maple Canyon Bridge, the “Rock Game” was invented.  Walkers selected five small rocks from the side of the street, and from atop the bridge, attempted to drop their rocks into a trash can, far below.  Since that time, the trash can has been removed and Where You Want to Be Tours has created a new version of the Rock Game.  Then, down Mission Hills, past the airport to the harbor.  A left on Harbor Drive and it was time to experience the Star of India and the ever-changing art work, vendors, cruise ships, and foreign vessels.


Then it was time for the Midway and the wooden platform walkway.  As we’d walk into Seaport Village, the fishing boats were usually unloading their catches and we’d watch massive amounts of fresh fish prepared for markets and restaurants.  Seaport village, its marina and the Embarcadero were always calm and quiet at that early hour. 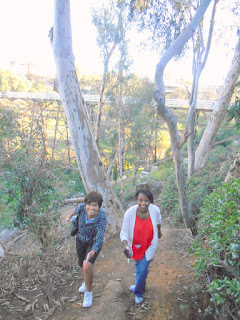 Over the years we viewed the convention center expansion; building (and delay) of Petco Park; construction of several new hotels and restaurants; and retailers would come and go.  We experienced downtown San Diego’s preparedness for two Super Bowls and one World Series.  Over the years we were invited by construction managers to tour their new facilities; interviewed live on the morning news; and we knew the location of all clean rest rooms in downtown San Diego (Marriott, Horton Grand, Hard Rock and Hilton get five stars).
Our next points of interest were the Gaslamp; Horton Plaza; and the rest of downtown San Diego.  Then, we’d begin the long trek up Fifth or Sixth Avenue, back to the park.  We also saw the El Cortez Hotel transitioned from dilapidation to its present state of beauty.  For several years, the Spice House on Ninth Avenue, just south of the park served us breakfast – but even that was torn down and replaced with a condominium building. 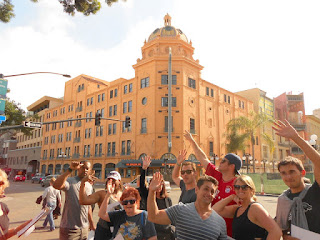 This particular route served as our training course for the 2004 Rock n Roll Marathon.  With a few additions, such as Harbor Island and Shelter Island, it’s easily extended for more miles.  Whether a walk or run, regardless of the distance or pace, there are so many points (and people) of interest and enjoyment, the time quickly passes.  Upcoming articles will highlight a few of our stops.


Every time I return to San Diego, I must walk this course.  Each step is filled with great memories, and many new additions always await their discovery.  For updates, maps, details and shorter tours, contact Marc and Darlynne.  Anyway you do it, walking in San Diego is a fine adventure.
Editors Note- Jimmy encouraged Marc Menkin to come along on one of these Friday walks in 2002, one year prior to the start of Where You Want To Be Tours. The passion for power walks around Balboa Park and downtown is a big part of what led to the start of the business. Jimmy also was a huge baseball fan and showed us where home plate would be and numerous other quirky and colorful sights in the East Village area, prior to Petco Park being opening in 2004! 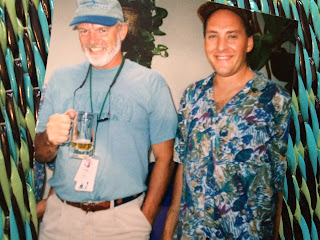 Jimmy and Marc are pictured above. Jimmy now lives in Florida with his wife Val.
Posted by Where You Want To Be Tours at 6:23 PM No comments: